Today Stormchasers Digital is headed up by us, a husband and wife team, and we focus on making WordPress websites work.  Our ideal client has had their website for around three years, and it's been fine up until now, but it's time to improve on speed, perhaps add in some new functions, but basically, they are ready to get it looked after professionally.

Think of us as your website’s mechanic. Your mechanic keeps your car at peak performance level by handling all of the technology under the bonnet wizardry that no one sees but is critical to functionality, appearance and performance.

We handle all of the updates, performance enhancements, backups, security and technical troubleshooting. If you want us to get more involved in supporting your business, we can manage, integrate and publish your content, newsletters and keep your sales and marketing pipelines running smoothly.

We can even implement advanced analytics and monitoring to measure and improve your ROI.

We believe WordPress is the most versatile, comprehensive tool you can implement for your business. We aim to help your business grow by making sure your website is doing everything it can for you.

WordPress is a veritable universe of resources, integrations and add-ons. We will never recommend anything you don’t need or can’t use, or that isn’t the right fit for your business.

We’re honest. We work with your existing team, including your website developers and answer the phone.

Our approach is simple.  We only use specialist Security, Speed and Optimisation tools and protocols to enhance your website and not a 'party compendium pack' approach to WordPress Care.

We also have no-compromise values when we work with our clients...

What Our Clients Say

Sian and Stormchasers have been managing our Twitter account for over two years, and we’ve seen a massive increase in our followers since we started with less than 200.

We’re now connected with relevant and influential people, businesses and organisations which help us to be seen as an expert hub for local business.

Stormchasers also understand the issues facing local government when interacting on social media which means our reputation is in safe hands. They also don’t use jargon and are always easy to contact.

“We commissioned Mark to develop a Marketing Plan to attract more customers to one of our websites. Mark provided a slick, tailored service to us, listening to our needs along the way and updating us as to progress. The plan was professional and clearly set out recommendations on how we could improve our site. We took away many actions, both quick-win and more involved, and would recommend Mark to others.”

The team at Stormchasers are incredibly helpful. They understand that your business online is important to your income and life and so make every effort to work with you quickly and efficiently and in my experience go above and beyond. Not only are they fast and professional but really friendly and easy to work with.

I would recommend Mark, Sian and team to anyone especially within the creative industries looking to take their business online. Or any businesses wanting to grow their business through digital media.

Stormchasers carried out all the work for our website and we are happy with the finished result.  They attended site to discuss our requirements and get to fully understand our business needs.  We provided them with the details and documents we wanted published and they took it from there.  The site is very user-friendly and does exactly what we require it to do.  Stormchasers carried out training on updating the site and are available on the phone if we have any problems or alterations the we cannot do.  It has been well worth paying out to get the site done professionally.  We know that Ofsted look at websites prior to carrying out an inspection and we are happy that everything that they look for is available to families to view.

We have a care package with Stormchasers Digital to look after our websites, it’s maintenance, and our google analytics. We also have WordPress support.

The service provided by Stormchasers is professional, efficient and they always respond in a timely manner. Their expertise is second to none. I highly recommend their services.

Either via phone or support ticket I get my challenge or question answered in a good response time.
I would like to thank the team at Stormchasers for all they do for the ZC Team!

Yet again, Mark at Stormchasers Digital pulled out all the stops to help me in my hour of need, when my website went down due to no fault of their own. Not only that, but he was helping me at 11pm on the Saturday before Christmas. It’s so refreshing to have someone like Mark, who always over delivers, after having been let down so badly by other companies in the past!

Thank you Stormchasers Digital & Merry Christmas to you all!

Mark & Sian are awesome! I am fairly techie but when I hit a wall with a problem, these guys are great! Mark has the patience of a saint and he always over delivers. Mark & Sian created and manage my website and have done for 6 years or so I think. Worth every penny, for their services plus they offer WordPress Training and Google training as Mark is a Google Partner. Great having this in Kent on our doorstep rather than having to slog to London. Mark speaks English as well as Geek which is great, nothing worse than a tech person you can't understand!!! If you are trying to decide whether to use Mark & Sian don't think, just do!

Stormchasers have proved to be knowledgeable and efficient in the projects we’ve worked with them on. Sian explains the technical aspects in an everyday language, and Mark is both skillful and helpful.

We recommended them to any company looking to be in safe and expert hands, and to stay a step ahead with their website.

Sian Murphy is a radio show host for The Women In Business Radio show, publisher and writer.  She also works one to one with business owners to help them grow their business. Coffee, wine and food fanatic - and the order of their importance depends on the day!

Mark Jennings is a Google Certified geek, WordPress Manager, problem solver and an all-round tech person.  He speaks about, teaches and implements WordPress, Google Analytics and Google Tag Manager for marketers and their clients.

Stormchasers Digital is a partner and sponsor for local and global organisations.

Our overall philosophy is that there is enough business out there for everyone; what goes around comes around; and, if you can't do it brilliantly, then pass it on to someone who can. 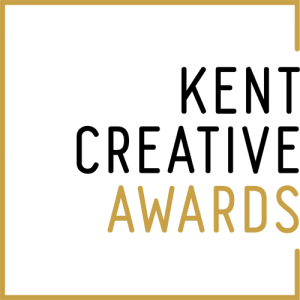 Here's a little story about why we do what we do.

Before we even thought about running our own business, Sian had a little blog (now sadly neglected) called SianScribbles.

This blog had simple images, some favourite pictures and just stories from everyday life. Nothing fancy. No taking payments.  No data-bases.  Nothing anyone except Sian would value.  Or so we thought.

One day Sian went to log in to write a post and instead of the pretty image usually on the front page of the little blog, there was a big red and black Skull and Crossbones.

At first, we assumed it was the wrong website, so we reloaded it. Still the skull.  We tried it on different computers. We went down to the local library and peeked at it from there, but still the skull.

Sian Scribbles had been hacked.

It was surprising how violating it felt, and it still seems over-dramatic to liken it to being burgled, but it felt horrid—a pit in the stomach feeling.  Someone had broken into the back of our website, had a rummage around and impregnated it with something corrupt.

It was two days later when we got an email from some bloke who told us he had hacked into our site and that he had been able to do that because we hadn't taken the proper precautions to secure it.  He'd reinstated the blog, but next time we wouldn't be so lucky.

That was our lesson, and it led us to our business today because we became red hot on WordPress security.

Explore Wordpress Management And Care Plans
Scroll to Top
We use cookies to ensure that we give you the best experience on our website. If you continue to use this site we will assume that you are happy with it.OkCookie policy